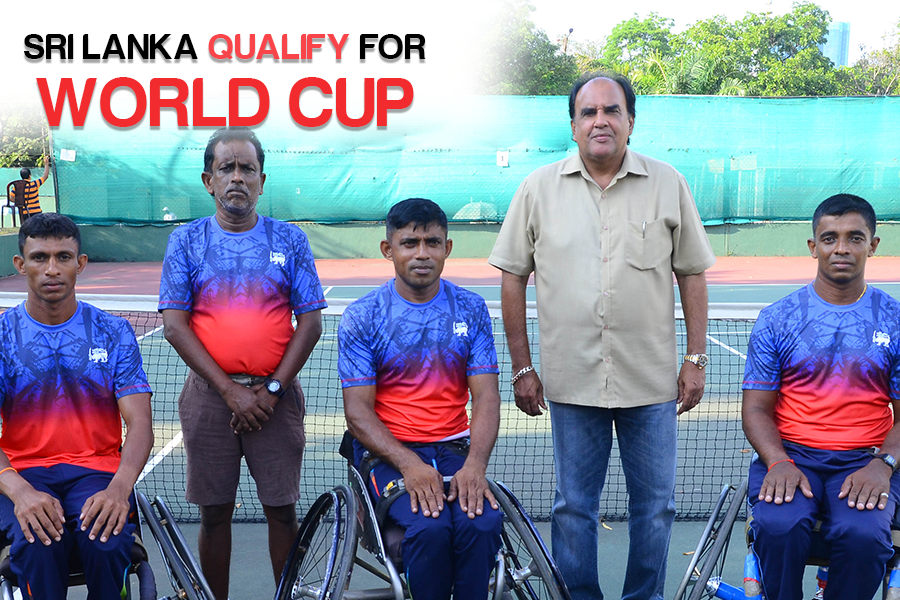 Sri Lankan wheelchair Tennis created history, winning the BNP Paribas World Team Cup on 4th of the March against the host nation Malaysia at the Asian qualification in Kuala Lumpur held from the 1st – 4th March.

Sri Lanka took an unassailable 2-0 lead against China, in the 1st stage. In the opening singles, current National champion of Sri Lanka Gamini Dissanayake had to recover from a set down to beat the Chinese player chaodu, with the scores reading scores read as 4/6, 6/4, 6/4 in a three-hour match. Suresh Dharmasena put on a great effect to win over Shanjiang Dong, as the scores read as 6/2, 6/0.

Dong and Zhenxu ji defeated Dharmasena and Suresh Ranaweera in the doubles, the scores read as 7/5, 6/3, as Sri Lanka won the overall tie 2-1.

Martyn Dunn was defeated by Gamini Dissanayake as Sri Lanka took an early lead in the tie.

Weekes came from 5-3 down in the second set of his match against Suresh Dharmasena, forcing a tiebreak. Dharmasena edged out the second set but Weekes won the first set and the third set 6/4, 6/7, 6/3.

In the doubles, Asian Para games bronze medalist Dharmasena and Suresh Ranaweera proved too strong for Martyn Dunn and Weekes. The Sri Lankan duo won 6/1, 6/4 to secure the second 2-1 win for Sri Lanka.

Gamini Dissanayake won the first tie against Abu Samaah Borhan 7/6, 6/1 to give Sri Lanka an early lead. Suresh Dharmasena kept up the unbeaten record against Mohamed Yusshazwan Yusoff 6/2, 6/3 to give Sri Lanka a 2-0 win and qualify for the World Cup.