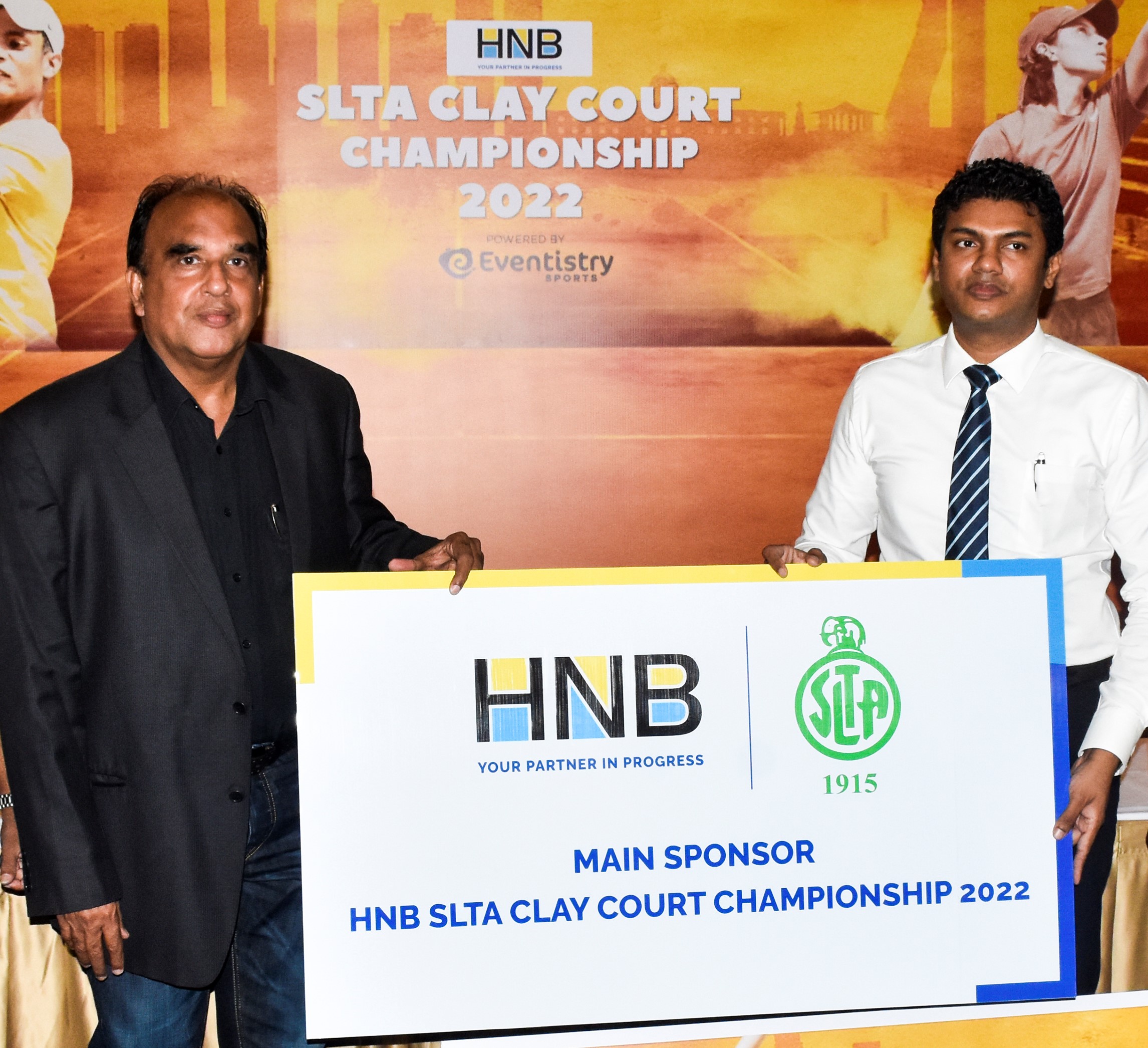 COLOMBO, 11th March 2022: The HNB SLTA Clay Court Championship 2022 returns and takes its place in the tennis calendar, kicking off a busy few weeks of clay court tennis at the SLTA courts in Greenpath, Colombo 7 from 11th to 27th March 2022.

This year’s tournament is organized by the Sri Lanka Tennis Association (SLTA) alongside a lineup of sponsors; Hatton National Bank (HNB) continues its long-standing partnership with the Clay Court Championship as the Title Partner for the 3rd year running. Eventistry Sports takes the position of Presenting Partner along with National Development Bank (NDB) and LCY as Associated Sponsors.

A significant feature of this year’s SLTA tennis calendar is the introduction of the SLTA Super Series tournaments created to uplift and introduce an international format of tennis in the country. There are three tournaments in the Super Series calendar: Clay Court Championships, Sri Lanka Nationals and the Colombo Tennis Championship which will culminate in a year-end tournament called the Aces.

This year the SLTA Clay Court Championship 2022 has attracted a record number of 880 entries with star players returning to make their mark on the courts.

Some important things to note about the tournament:

Matches scheduled on weekdays will commence at 2.30pm whilst weekend matches will begin at 8.00am.

“The competition will be conducted on 11 clay courts at the SLTA and we will be using ITF (International Tennis Federation) certified local umpires from the quarter-final onwards. The Tournament Referee will be Manoj Fonseka,” said SLTA Tournament Director Anupa Mathamagoda.

The finals for the Men’s and Women’s Singles are scheduled to take place on 26th March and will be a must-watch for all tennis lovers.

Regarding the country’s health protocols, Mathamagoda had this to say, “Players and spectators have to follow the current health guidelines. There won’t be shaking of hands between players who are required to maintain social distance. Umpires will be wearing masks when they come down from the chair to speak to players. Spectators are also requested to wear masks and maintain to social distancing”.

In addition, this year’s tournament promises more entertainment and food options than previous years with the addition of the Good Market and an Open Mic stage at the SLTA Carpark on the 26th March catering to all players, families and fans.