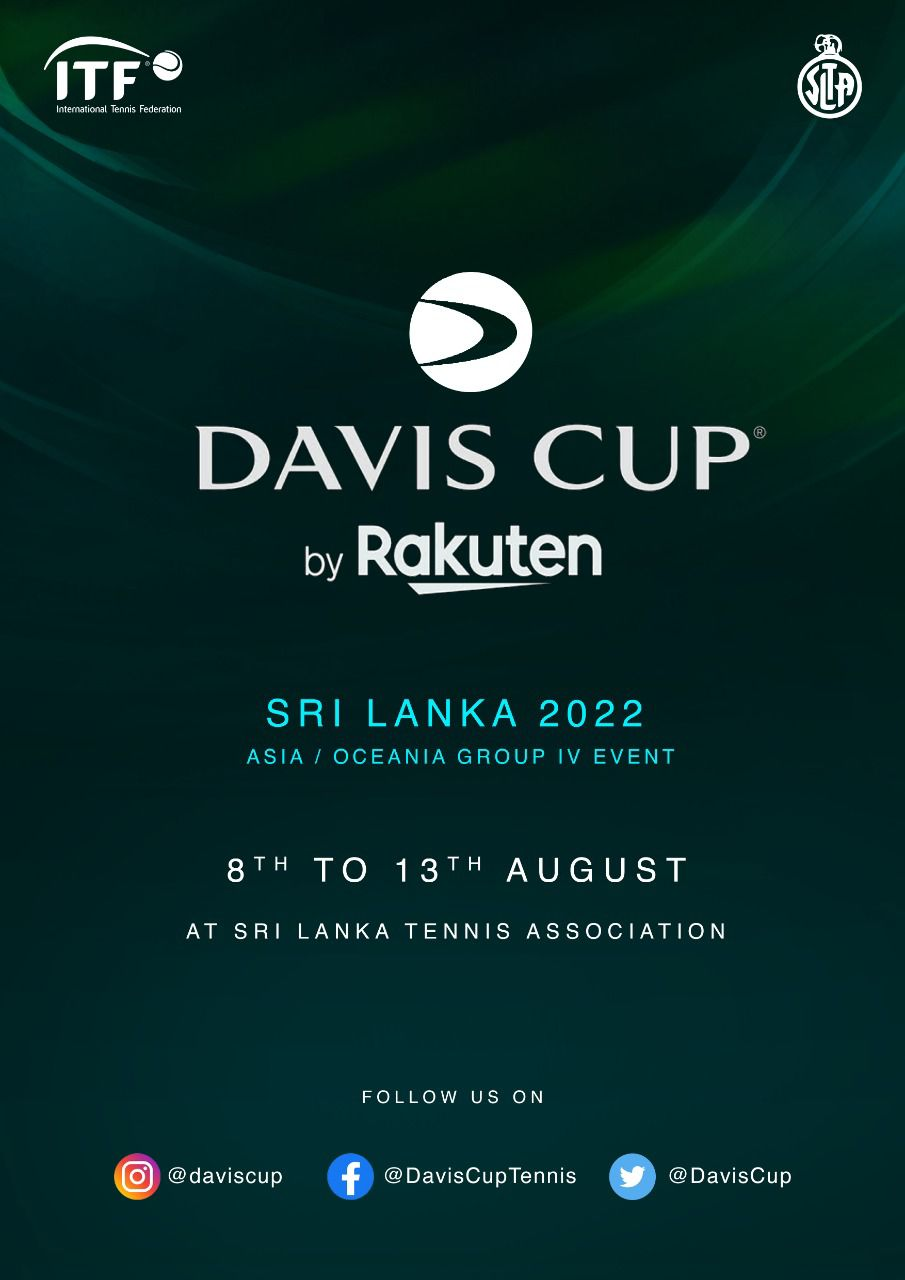 The Davis Cup by Rakuten Asia/Oceania Group IV event will take place from the 8th - 13th of August at the Sri Lanka Tennis Association Clay Courts.

7 teams, including host nation Sri Lanka will compete this summer for one spot to advance to the Asia/Oceania Group III fixture.

President of the Sri Lanka Tennis Association Mr. Iqbal Bin Issac along with the General Committee has put in tremendous effort to host this year’s tournament, under unusual circumstances, with the biggest economic crisis the nation has seen.

He will be aptly supported by Anupa Maththemagoda who will serve as the Tournament Director for the event along with the tournament staff.