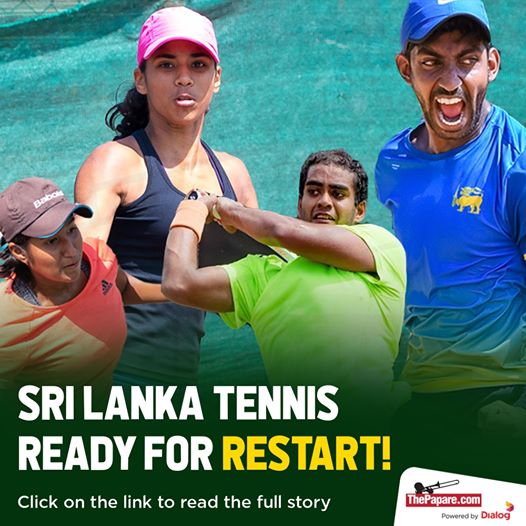 While most sports bodies are still struggling to get back on their feet, the Sri Lanka Tennis Association is taking matters into their court to bring Tennis back to the community. After a lengthy period of Colombo’s famous Tennis arena being empty, things are expected to change this weekend with a mock tournament.

President Iqbal Bin Issak along with his team have put together a tournament practicing the highest safety standards set by the government and the Ministry of Sports. This pilot tournament is run with the intention of conditioning all stakeholders involved to the safety standards going forward with the situation.

While the ministry has not yet allowed sport to resume in the country, the SLTA is merely taking a head start in the process to educate their coaches, players, parents, administration and officials with a feel of the new normal.

The tournament will be run on the 27th of June (Saturday) at the SLTA courts with Dharaka Ellawala assuming duties as the Tournament Coordinator. Players have been invited to compete from all age groups while the draws will be a random mix of both girls and boys.

To oversee this bold operation, a Doctor from the Ministry of Sports and a PHI Inspector from the Municipal Council will be at the venue throughout. SLTA Officials will work at only having a maximum of 25 people at the venue at a time so as to avoid overcrowding.